Sports are something that requires both mental and physical well-being. Many players go through depression and other problems which affect both their career and their life. It takes real courage to accept help, especially when it’s psychological help, either for a normal person or for a sports person. Today we are talking about Coco Gauff, a great sports persona, who has also faced depression and stress regarding her career.

Cori "Coco" Gauff known as Coco Gauff is an American Professional tennis player who won her first singles title at the age of 15 on the WTA Tour at the 2019 Linz Open and became the youngest to hold the title ever since 2004.

Who Are Coco Gauff’s Parents?

On March 13, 2004, Coco Gauff was born as a Pisces to Candi (née Odom) and Corey Gauff in Atlanta, Georgia. Coco’s parents were from Florida, her father Corey was a college basketball player at Georgia State University and later was a health care executive, and her mother Candi was a track and field athlete in Florida and later worked as a teacher. As for siblings, Coco has two younger brothers named Codey Gauff born four years younger than Coco, and Cameron Gauff born nine years younger. 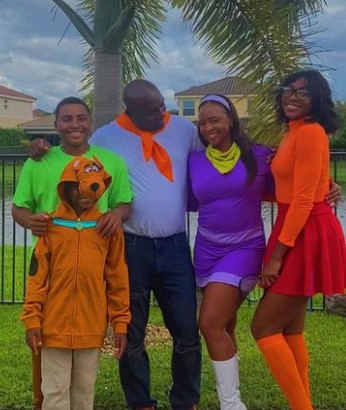 Coco was home-schooled because of her tennis practices, at the age of 4, Coco started getting interested in tennis as she watched her Idol Serena Williams win the 2009 Australian Open on Tv. Her family and parents were very supportive of her career choices and took her to France to start her training at the age of ten at Patrick Mouratoglou in his Mouratoglou Academy. He was a long-time coach to Serena Williams.

What Are The Career Peaks of Coco Gauff?

Coco Gauff showed her interest in playing tennis from a very young age and having Serena Williams and Venus Williams as her idols made her more determined to pursue her hobby as a career. Coco is a right-handed player and started her journey to be a professional player during her junior years. Coco joined Les Petits As 14 and under tournaments and got qualified into Semi-finals, which made her prior world No. 1 junior. In 2017, Coco made her junior Grand Slam debut by playing against Amanda Anisimova at the 2017 US Open and went to be the youngest girl singles finalist in the US Open History. 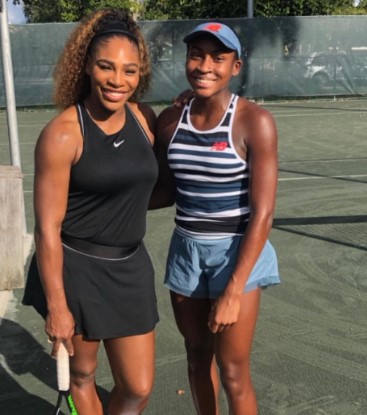 In May 2018 Coco made her professional debut at the ITF Women’s circuit as a fit in the event and won the match set a new milestone. In the 2018 Tournament, Coco played at both single and double at the $25 k level in Surprise, a city in Maricopa County. Coco’s doubles partner at that time was Paige Hourigan and they won the WTA Title against Usue Maitane Arconada and Emina Bektas. 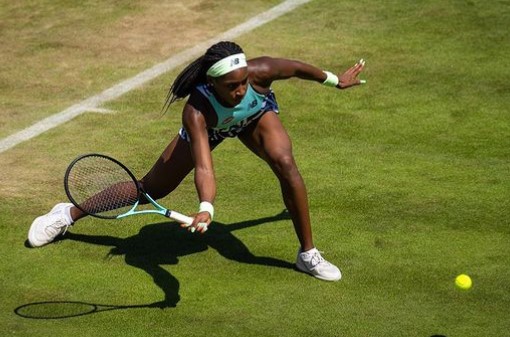 In 2019, Coco became the youngest player to qualify at Wimbledon in the Open Era at the age of 15 years and 3 months. Where Coco won the match against the five-time Wimbledon Champion Venus Williams in straight sets. This was the turning point of Coco’s life; she had defeated her idol in only one hour and 19 minutes. In September of the same year, Coco played with players such as Naomi Osaka, Anastasia Potapova, and Tímea Babos. As of 2022, Coco won her first two matches at the 2022 Wimbledon Championships against  Elena-Gabriela Ruse and Mihaela Buzărnescu, and as an outcome, Coco reached her world no.11, career ranking.

Who Is Coco Gauff Dating?

Coco Gauff is an 18-year-old ambitious tennis player focused on her career. Coco’s fans are very curious about her love life but looks like Coco is currently single and does not have a boyfriend. There have been no rumors of her dating anyone. Coco herself has never hinted about being in a relationship, she is a teenager now and has her whole life ahead to date anyone she wants.

What Is Coco Gauff Net Worth?

As of the wiki 2022, Coco Gauff has an estimated net worth of $2 million with her major source of income being her tennis matches prize money, salary, and brand partnerships. Coco has endorsed major sports New Balance, tennis Equipment company heads, an Italian food company called Barilla, and Microsoft. Coco has a social media presence where she interacts with her fans and followers, and has 829k followers on Instagram and 266.1k followers on Twitter.

How Tall Is Coco Gauff?

Coco Gauff has an athletic body build with a towering height of 5ft & 9 inches and weighs 65kg. Coco belongs of the African- American descent and has a radiant face with dark brown eyes and black hair.