Louis Herthum is a well-known American actor, producer, and entrepreneur. Herthum has performed as an actor in theater productions, television shows, movies, and major tv ads. His most notable performances were Dep. Andy Broom on Murder, She Wrote and Peter Abernathy in the HBO drama Westworld.

To date, Louis has already appeared in more than 80 films and television programs. Louis has been involved in the film industry for more than 40 years and he is still very passionate about it. We will discover more about the actors' personal and professional lives in this post.

Where Was Louis Herthum Born?

Herthum was born and raised in Baton Rouge, Louisiana, the US in 1956. Every year he celebrated his birthday on July 5. His age as of 2022 is 66 years old. His race is Caucasian, and he has American nationality. His astrological sign is cancer. His parents' names are unknown. However, the wiki states that his mother spent about 47 years working as an administrative assistant and his father was an Air Force pilot who served in WWII as a hump pilot prior to retirement. He practices Christianity. He had two sisters named Denise and Diane. 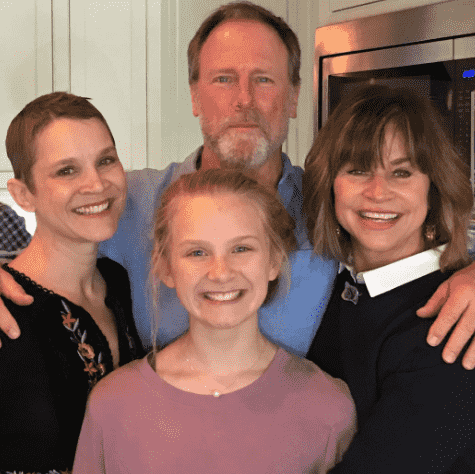 In terms of his educational background, he went to elementary school with actor Pruitt Taylor Vince. Later he joined Louisiana State University to complete his further education.

What Happened to Louis Herthum’s Sisters?

When he was just 16 years old, a sad incident happened in his family. His sisters Denise and Diane, along with his sister Denise's boyfriend Jack Smith, were killed in a Miami condominium in October 1972. Despite the fact that his patience ran out a long time ago, his family is still waiting for justice and is still hopeful for it. His family hasn’t got justice and is still hoping for it. Herthum stated in an exclusive interview with DailyMail,

"I'll never let it go. It's not in my nature to let anything go, especially something like this. My sisters were lovely, kind girls and two outstanding human beings.”

How Did Louis Herthum Start His Career?

Herthum began his acting career in 1978 by appearing in local theatre productions, many TV ads, and print advertisements. He performed in supporting roles for almost ten years. Later, he joined the cast of the television drama Murder, She Wrote in 1991, playing the deputy Andy Broom. This role helped him become successful and earn fame. He has starred in numerous movies and Tv shows like Criminal Minds, True Blood, American Inquisition, Love You Phillip Morris, The Mentalist, Men of a Certain Age, Vanishing son, The Open Road, Treme, Breaking Bad, The Gates, Longmire, Electric Mist, seconds apart, wrong side of town, living proof and so on.

Moreover, he is also a producer. After wrapping up the final season of "Murder, She Wrote" in March 1996, Herthum traveled back to his birthplace to begin filming his debut feature, "Favourite Son” and founded his own production firm, Ransack Films. Ransack Films have produced both a long-form feature documentary and a number of feature films. Moreover, according to his LinkedIn profile, he has been a President/Founder of LocationTalent.com for more than 16 years.

Louis Herthum is a married person. His wife's name is Jody Anne Martin. He hasn’t shared more information about his wedding and how and when did he meet Jody with the media. Similarly, while talking about children, he along with his wife share one daughter whose name is Liv Herthum. Their baby girl was born on June 18,04. So, she is 18 years as of 2022. Their daughter Liv is currently enrolled in high school. 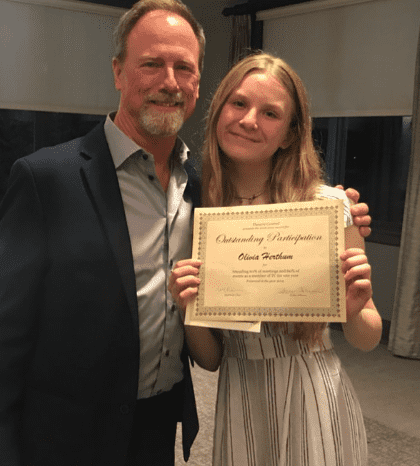 What Is Louis Herthum’s Net Worth?

Louis Herthum is considered one of the wealthiest and most well-known TV actors. He is a multi-talented actor, director, creator, and producer. Louis Herthum's net worth is estimated to be $1 million based on our research and information from sources including Wikipedia, Forbes, and Business Insider.

What Is The Height Of Louis Herthum?

Louis has a height of 5 feet 10 inches. His body weight of 75 kg is appropriate for his height. He has a normal body type. He has got a pair of blue-colored eyes and short-length grey hair color.