Now a trend is seen in the Entertainment Industry, i.e., to build an enterprise for ex: Jason Blum, an American movie and tv shows producer also the CEO of Blumhouse production. We can also take Kevin Hart, for example, he is a successful actor and CEO of HartBeat Production. Similarly, Today’s discussion topic is Madison LeCroy, a professional tv persona and an entrepreneur.

Who Are Madison LeCroy’s Parents?

On October 6, 1990, Madison was born to Tara LeCroy and Ted LeCroy in Greenville, South Carolina, United States. Madison’s Zodiac sign is Libra. Madison grew up with two siblings, a brother, and a sister. She was close with her siblings and family. Madison enrolled at Carolina College of Hair Design to pursue her dream and passion for hair and makeup from a young age.

How Did Madison LeCroy Begin Her Career?

Madison got raised to fame after making an appearance on the reality show Southern Charm on season 6 which was broadcast on the Bravo network. Madison got popular through this show which aired in 2019. Then, Madison went to appearing on the Talk show, Watch What Happens Live the same year. The reality show made her famous and people started noticing her. Madison’s main profession before, she got fame from TV was Hair and Make Artist, she owns a popular downtown salon called ‘Blush and Brushes’. Her first gig as a hair and makeup artist was in a salon on King Street. 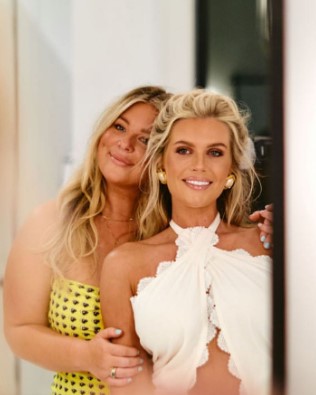 Who Is Madison LeCroy Married To?

Madison LeCroy has quite a controversial love life, but at last, she found her one- and only man, her fiance Brett Randle, and are soon to get married in a destination wedding set for November 2022. Brett and Madison dated each other before getting engaged and tying the knot. The couple met at a Bachelorette Party in Scottsdale, Arizona, and fell in love after going on a date. 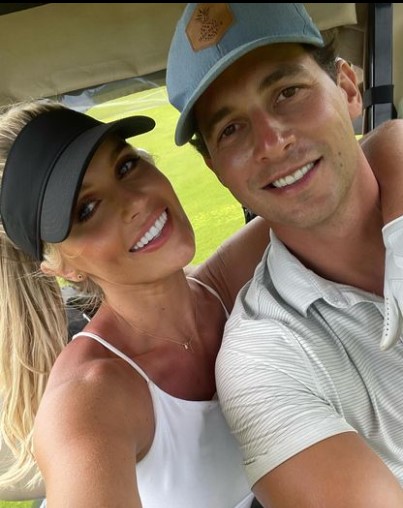 Madison has an 8-year-old son named Hudson with her ex-husband, Josh Hughes. They got married in 2010 and divorced in November 2012 but they are still good friends and stay in touch. Madison and Josh had Hudson when they were 22. Her ex-husband Josh stays away from the media and the limelight.

When Madison was on the reality show, she dated her co-star, Austen Kroll for a year and then broke up in 2020.

In early January of 2021, Madison was in a relationship with NFL player, Jay Cutler. Their relationship made headlines when Jay’s wife at that time got separated from him. Madison was rumored to be the reason, Alex Rodriguez had cheated on Jennifer Lopez. But both Madison and Alex have not confirmed the allegations.

What Is Madison LeCroy’s Net Worth?

As of 20222, Madison LeCroy has a net worth of $2 million with her TV fame and her Hair, and her enterprise. Madison’s boutique salon Cirque Salon Studios is the most successful business on king street. Madison also promotes brands related to her makeup choices and preferences as a sponsor on her social media accounts. Madison has 576k dedicated followers on social media and her business account Mavendowntown has 24k followers on Instagram. Madison has endorsed brands such as TruLyfe Supplements and is the brand ambassador for CocoClear.

How Tall Is Madison LeCroy?

Madison LeCroy is a believer in health and wellness and does regular health and teeth check-ups. Madison follows a proper diet and does external activities like swimming, fishing, and running to keep herself in shape has a height of 5ft 4 inches and weighs 52 kg. According to the wiki, Madison is a beautiful woman with blue eyes and naturally blonde hair.