Nowadays, New Talents are born on social media. Platforms such as Instagram, and TikTok are making people famous and helping them create a career. Many singers, dancers, actors, artists, etc. are now rising to fame because of social media and audiences are loving them. Today we are talking about Nessa Barrett who rose to fame from a TikTok video.

She used to post many short videos of her singing or performing which her fans and audience loved and made her famous. Janesa Jaida Barrett known as Nessa Barrett is an American singer, songwriter, and social media personality who is known for her single called Pain released in 2020 during the Covid-19 pandemic.

Where Was Nessa Barrett Born?

On August 6, 2002, Nessa Barrett was born as a Leo to Drew Barrett and Nez Barrett in the United States. Nessa grew up in Galloway Township, New Jersey with her family. She is 20 years old according to her recent birthday in 2022. Talking about Nessa’s parents it is said that her father is a motivational speaker and her mom is a homemaker.

As for siblings, Nessa has a younger brother named Julian Barrett, who has also appeared on her TikTok videos, Julian is the only family member to make an appearance on Nessa’s Tiktok.

How Did Nessa Barrett Became Famous?

Nessa Barrett had shown interest in music and writing from a young age. In an interview with Honey Pop in August 2021, Nessa said that she used to sing since she started walking and talking. Nessa credits bands such as Arctic Monkeys, and The Neighborhood, and singers such as Lana Del Rey and Melanie Martinez as her inspiration to start a career in the music industry. Nessa rose to fame in 2019, when her videos on TikTok started getting tons of views.

Nessa professionally started her career in July 2020, by releasing a piano-ballad single debut called Pain, which was later signed with Warner Records. From there onward, Nessa kept on pursuing her dreams, she released her second single called ‘If U Love Me’ in the same year October. In December 2020, Nessa released a dark representation of ‘Santa Baby’. The following year, Nessa released a new song called La Di Die which was produced by Travis Barker. Nessa then performed on Jimmy Kimmel Live and The Ellen DeGeneres Show in April 2021. 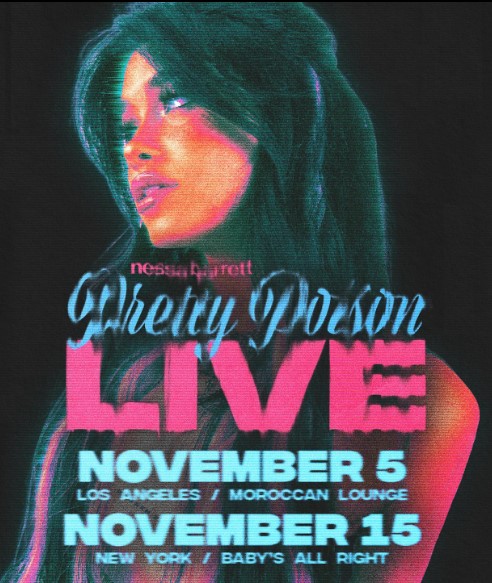 Nessa made her EP debut on the Zach Sang Show which consisted of 7 tracks under the title name Pretty Poison. Her song I Hope Ur Miserable Until Ur Dead reached 88 number on the US Billboard Hot 100 Chart in august 2021. In June 2022, Nessa dedicated a song called Die First to her best friend Cooper Noriega who had died recently.

Who Is Nessa Barrett Dating?

Nessa Barrett is currently single and not dating anyone although she recently was in a relationship with her now ex-boyfriend Jaden Hossler. Jaden is a social media persona, they started dating in April 2021 and broke off in April 2022. In 2020, Nessa came out as a Bisexual on her then-boyfriend Josh’s YouTube channel and podcast.

Nessa was in a relationship with Josh Richards, a fellow social media personality in November 2019 but they parted away in June 2020. Nessa was also rumored of dating Tommy Blake in 2019.

What Is Nessa Barrett’s Net Worth?

As of the wiki 2022, Nessa Barrett has an estimated Net worth of $1 million with her major source of income being singing and songwriting. Nessa has also endorsed brands such as Vintage Wavez/ Major Wavez, OG Scrunchies, and Novashine. Nessa is a famous persona on social media, has 19.5 million followers on TikTok and 7.2 million followers on Instagram.

How Tall Is Nessa Barrett?

Nessa Barrett has a height of 4 ft 11 inches and weighs around 48kg. Nessa belongs to a Hispanic ethnicity and has beautiful rare green eyes and dark brown long hair.