There are only a few people who haven’t watched and heard about the internet sensation movie Avatar directed by James Cameron. And in that movie, the role of Jake Sully is played by Sam Worthington. Jake Sully is the main character of Avatar and is one of the 20 known avatar drivers.

Sam Worthington aka Samuel Henry John Worthington is an outstanding Australian actor who is famous for his appearance in the blockbuster film Avatar. Other than that, he has also worked in other Tv series and movies like A Fairytale of the City, The Surgeon, Love My Way, Sabotage, Clash of the Titans, Fires, etc.

When Was Sam Worthington Born?

Born on 2 August 1976, Sam Worthington is the son of Jeanne J. Worthington and Ronald W. Worthington. His birthplace is in Godalming, Surrey, in South East England. Sam is 46 years old age as of 2022 and his zodiac sign is Leo. He belongs to English-Australian nationality and is of English ethnicity.

Talking about his family members his father Ronald W. used to work in a power plant while his mother Jeanne J. is a housewife. He has one sister, Lucinda Worthington, and one brother, Bruce Worthington. When he was six months old, his family moved to Perth, Western Australia, and spent his childhood there.

Similar to that, he studied at John Curtin College of the Arts where he majored in acting but did not complete his studies. Then at the age of 19, he auditioned for the National Institute of Dramatic Art (NIDA) and also received a scholarship there.

When Did Sam Worthington Start His Career?

According to his IMDB profile, he has played in 64 movies and Tv shows till now. He made his acting debut through the 2000 Tv series JAG in which he played the role of Dunsmore. After that, he had small roles in several other TV series, including Gettin' Square, Bootmen, Blue Heelers, A Matter of Life, Hart's War, Dirty Deeds, etc., before landing his main role as Joe in the 2004 film Somersault.  However, his reputation and notoriety skyrocketed after he appeared in the 2009 film Avatar. He played Jake Sully in that film and displayed his talent which helped him gain recognition worldwide. 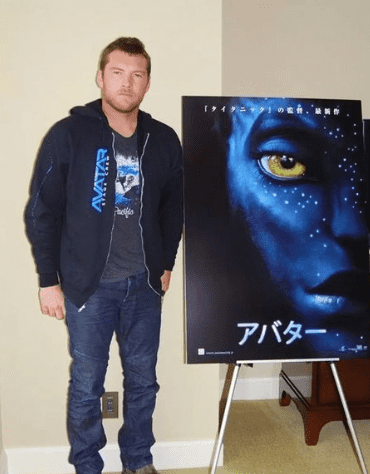 He then started receiving more film offers. He also voiced for the video game Call of Duty: Black Ops I, II and IV. He also played in other TV series like Deadline Gallipoli (2015), Manhunt (2017), Fires (2021), and Under the Banner of Heaven (2022). Those movies can be watched on Netflix. Moreover, he will also appear as Jake Sully in Avatar: The Way of Water, Avatar 3, Avatar 4, and Avatar 5 movies which will be released in different years and the shooting is still going on. Additionally, according to the wiki, he is confirmed to be featured in the film horizon directed by Kevin Costner.

Who Is The Wife Of Sam Worthington?

Sam Worthington is married to Lara Worthington. Lara who has 1 million followers on Instagram is the founder of the beauty brand Share The Base and is also an ambassador of Tiffany & Co and Louis Vuitton. Their marriage ceremony took place on December 28, 2014, and only 10 close people were present in their marriage.

At the time of their wedding, Lara was nearly six months pregnant with their first child. It has been almost 8 years of their marriage. While talking about their first encounter, the couple met each other for the first time in 2013 at a festival in Central Park in New York. They felt an instant attraction and fell in love. 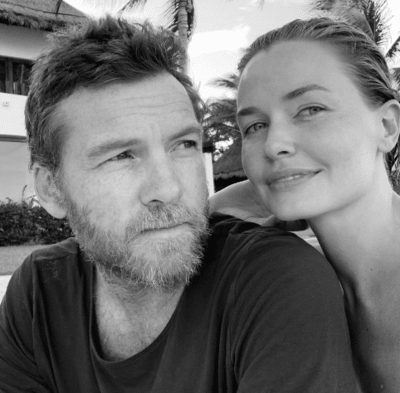 Currently, the couple prefers to maintain a low profile and avoid disclosing too much about their personal lives. Hence, they haven’t shared much information about their children and keep them out of the spotlight. Sam and his wife Lara are the parents of three sons named Rocket, Racer and River. Their first son Rocket was born in 2015 while their second son Racer was born in 2016. Likewise, the couple welcomed their youngest son River in 2022.

What Is The Net Worth Of Sam Worthington?

The net worth of Sam Worthington is estimated to be around $30 million. The main source of his income is from his career as an actor in different genres of movies and series as well as promotions, brand endorsements, and collaborations. He of the highest-paid actor in the film industry having more than 20 years of experience.

What Is The Height Of Sam Worthington?

Sam Worthington has an athletic body structure with a height of 5 feet 10 inches or 178 cm. He carries a body weight of 80 kg. His hair color is black while his eyes color is blue. All of his physical appearances have contributed to making him an attractive man.