Sportsmen are risk-takers, not only for the matches they play but also for the injuries they endure. As we know that in sports every player has their beginning year and their last year planned before they even become a professional player. But that does not stop them from playing even though it is a short-living career to others it is the most paying and worthwhile career if you are dedicated enough. Today we are talking about a baseball player Bryce Harper, it is a game where two teams consisting of nine players take turn batting and fielding.

Bryce Aron Max Harper known as Bryce Harper is an American professional baseball player who is a right fielder and designated hitter. Bryce is currently playing for the Philadelphia Phillies of Major League Baseball in the USA.

Who Are Bryce Harper’s Parents?

On October 16, 1992, Bryce Harper was born as a Libra to Ron Harper and Sherilyn Harper in Las Vegas, Nevada, The United States. Her father, Ron is an Ironworker in Las Vegas whereas his mother is a homemaker. Bryce has a family of four with an older brother named Bryan Harper, who is also a professional baseball player pitcher for the Washington Nationals. The reason or the factor that influenced Bryce to become a professional player is his older brother. He motivates him by taking him to his classes and matches which fascinated Bryce about the baseball world and he showed his inclination toward baseball.

Where Did Bryce Harper Get His Education From?

Bryce Harper was sent to Las Vegas High School which is in Las Vegas, Nevada, U.S., and he was able to earn a General educational development degree from his school in 2009. Later, Bryce was enrolled at the College of Southern Nevada, in Clark County. During his college years, Bryce was a catcher for the National Junior College Athletic Association.

How Did Bryce Harper Start Her Career?

Bryce Harper started his career along with his brother from his college days. In 2010, Bryce was chosen by the Washington nationals as an outfielder. The contract was signed as a 5 years agreement with the nationals worth $9.9 million which included a $6.25 million signing bonus and a college tuition fee for the 8th semester. 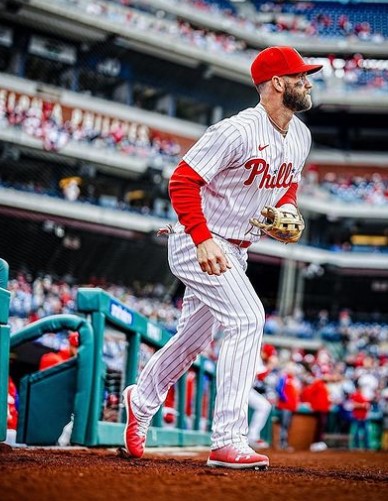 In 2012, Bryce made his MLB debut with Washington Nationals against the match with Los Angeles. Although in 2019, Bryce left the nationals and joined the Philadelphia Phillies by signing a 13-year contract for $330 million. And now he has been playing for them as a right fielder.

To Whom Is Bryce Harper Married?

Bryce Harper tied the knot with Kayla Varner in 2016 after dating for years since high school. They got engaged in 2014 and were about to get married in January 2015 but that did not happen as they parted away. The couple did not talk to or see each other for a year and a half but later Kayla confirmed they’re being together and re-engaged. And on December 16, 2016, Kayla and Bruce got married at the San Diego California Temple surrounded by the blessing of their family and loved ones. 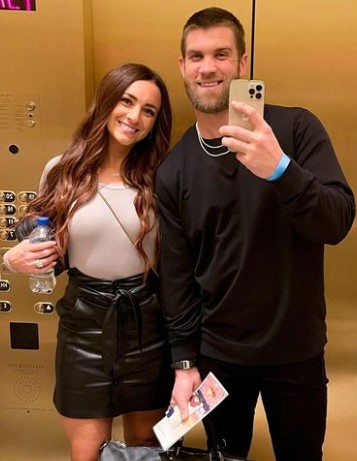 Bryce and his partner Kayla have kids together, a son and a daughter. Their son named Krew Aron was born on august 22, 2019. And their daughter Brooklyn Elizabeth Harper was born on November 2020. Bryce is the perfect father to his children. 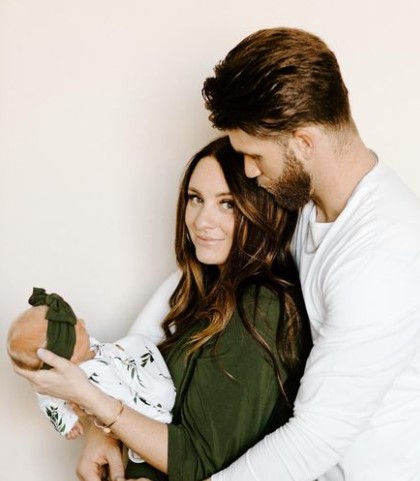 However, before meeting Kayla, Bryce dated a Danish supermodel named Nina Agdal in 2015 for the period when Kayla and Bryce broke off after getting engaged for the first time.

What Is Bryce Harper’s Net Worth?

As of the wiki 2022, Bryce Harper has an estimated net worth of $70 million with his major source of income being contracts with other teams as a professional baseball player and a regular salary from the team as per agreements. Bryce is managed and represented by Gabe Kapler/Philadelphia Phillies (Manager) located in Philadelphia. Bryce has also endorsed brands such as stitched life, Muscle Pharm, and Blind Barber. He has also appeared in TV commercials such as on the Toyota Tundra, GEICO, and T Mobile. Bryce is also available on social media and has 1.7 million followers on Instagram.

How Tall is Bryce Harper?

Bruce Harper is a sportsman with an Athletic body build and a height of 6 ft and 3 inches and weighs around 98 kg at the age of 29. Bryce has light brown hair and blue eye color with a masculine and rugged look.