In today’s society, Pakistani movies and TV series are gaining popularity among Asians. We can see Pakistani TV serial episodes trending on YouTube. One of the hit Pakistani TV series that got hit in 2019 was Mere Paas Tum Ho. If you have watched the Mere Pass Tum Ho series then you must have an idea about its lead actor. In that series, Humayun Saeed portrays the role of the main actor Danish.

Humayun Saeed is a renowned Pakistani actor and producer who has been entertaining the public through his acting skills for more than 20 years. He rose to fame after appearing in the film Ab Tum Jaa Saktey Ho.

What Is The Age Of Humayun Saeed?

Humayun Saeed was born into a respectable family on July 27, 1971, in a beautiful city in Pakistan known as Karachi. His age as of 2022 is 51 years old. He belongs to the Pakistani nationality and is of the Punjabi ethnic group. His sun sign is Leo. He is a believer in Islam religion. While discussing his family background, his father is Mohammad Saeed and his mother’s name is Zakia Rana Saeed. He has three brothers whose names are Salman Saeed, Adnan Saeed, Babar Saeed, and Amir Saeed. His brothers are also actors like him.

Moreover, he studied at Nasra School located in Karachi and completed his school education there. After that, he attended St. Patricks College and earned his bachelor's degree in Commerce. At first, Humayun Saeed used to work at a garment factory as a general manager. Later, he realized that it wasn’t something he wants to be in the future and starts his new career in the film industry. His parents weren’t supportive of his decision in the beginning. His parents wanted him to work for a reputable corporation in a respectable position. However, as time passes, his parents support his decision.

When Did Humayun Saeed start His Professional Career?

Pursuing a career in the film industry isn’t easy. Humayun Saeed also faced many struggles during his initial year of a journey in the film industry. He was scammed by many people. One man even asked him to provide him with 1 lakh 50 thousand rupees in a promise that he will make Hamuyan a hero. Despite those struggles, he didn’t give up on his dream and continued to audition for many roles. Fortunately, in 1995, he was offered a role as Humayun in the movie Gabbar Singh. Many producers liked his acting skills and signed him for different roles in their movies. He started appearing in movies every year. He made his second TV appearance in the movie Ye Jahaan in 1996. Additionally, he also appeared in the television film that year named Ab Tum Jaa Saktey Ho, for which he won his first Best Actor Award. 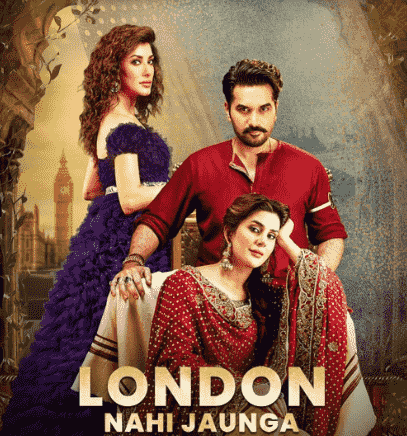 The movie Zeher was another of his significant works around this time.  Other movies and TV series he acted in include Chandni Raatein, Mohabbat Rooth Jaye, Tum Ho Ke Chup, Aashti,  Kaafir,  Ishq Ki Inteha,  Doraha, Neeyat, etc. Moreover, he is also a producer. As a producer, he has produced several movies and dramas like Makan, Doraha, Meri Zaat Zarra-e-Benishan, Daam, Manzil, etc. He has also received many awards for his amazing acting skills. In 202, he was honored with the Pakistan International Screen Awards in the category of Best TV Actor for his role as Danish Akhtar in the TV series Meray Paas Tum Ho. Similarly, in January 2022, he was chosen to play the role in the fifth season of The Crown.

Who Is Humayun Saeed's Wife?

Humayun Saeed wife is Samina Humayun Saeed. She is a producer and CEO of Next Level Entertainment and Epic Entertainment. Humayun Saeed married Sanima on May 16, 1995, and received the blessing of their parents. The pair went to Mauritius to enjoy a holiday after marriage. It has been 27 years of their marriage now but the love and bond between them are growing stronger day by day. Humayun Saed has posted many photos with his wife on his social media platform. On their 26 marriage anniversary on May 16, 2021, Humayun uploaded some photos with his on his Instagram where he wrote:

“Happy wedding anniversary my love! Blessed to have you by my side. May Allah continue to shower His blessings on us and may you and I continue to hold each other through moments of weakness and strength. Health, happiness, and smiles forever, 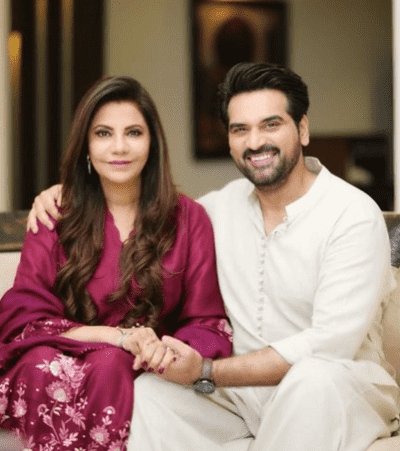 Moreover, as for the kids, Humayun Saeed and his wife Sanima haven’t given birth to a baby even after 27 years of marriage. They must have their own personal reason behind that. If everything goes well, we will hear the good news soon.

What Is The Net Worth Of Humayun Saeed?

Humayun is one of the highest-paid Pakistani actors. According to the wiki, Humayun Saeed earns the amount of Rs. 3 lakh per episode. So, after working for more than 25 years in the Pakistani film industry he must have earned a huge amount of money. It is estimated that he has a total net worth of $10 Million.

What Is The Height Of Humayun Saeed?

Humayun Saeed stands at the height of 5 feet 9 inches tall. He weighs around 80 kg. He has a muscular body structure. He has pair of black eyes and thick black hair.