Property Brothers is a Canadian reality show where the hosts, Drew Scott and Jonathan Scott renovate houses and help families find, buy and transform fixer-uppers into dream homes under a timeline and budget. Both brothers are the star of the show, Drew is a real estate and Jonathan is a licensed contractor. The show has been aired in more than 150 countries. The show has run for 7 seasons and has 173 episodes now. And today we are going to learn about Jonathan Scott, one of the hosts of this show.

Jonathan Silver Scott known as Jonathan Scott is a Canadian TV personality, construction contractor, illusionist, and TV and movie producer. He rose to fame after appearing in the reality show called Property Brothers and other related spin-offs which are Buying and Selling, Brother Vs Brother, Forever Homes, and Property Brothers: At Home.

Who Are Jonathan Scott’s Parents?

On April 28, 1978, Jonathan Scott was born as a Taurus to James Scott and Joanne Scott in Vancouver, British Columbia, Canada. His father has worked as an actor, stuntman, and assistant director in the movie industry. James has a dream to become a cowboy for which he moved to Canada from Scotland as a teenager. His mother, Joanne worked as a paralegal in downtown Vancouver. Jonathan grew up with two other siblings, a twin brother named Drew who was born four minutes after him, and an older brother named JD. 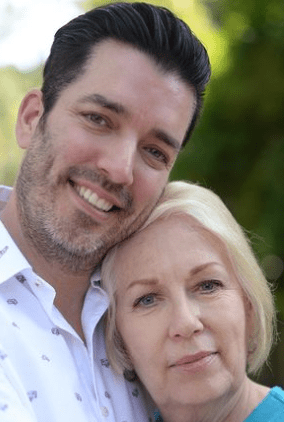 Where Did Jonathan Scott Get His Education From?

Jonathan was sent to Thomas Haney Secondary school, and later he joined Parks and Recreation Department. He enrolled at the University of Calgary and studied business management. To study construction and design, Jonathan transferred to the Southern Alberta Institute of Technology and joined the Home Builders Institute of Alberta to get his contractor license. Jonathan also learned the acts of illusionists with the Tarbell Course in Magic at the Company of Rogues Actors Studio. 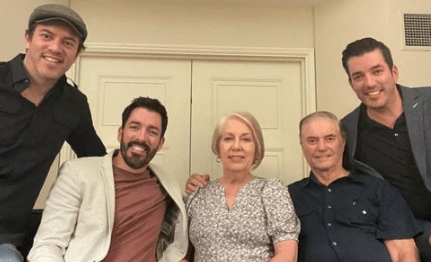 What Does Jonathan Scott Do For A Living?

Jonathan Scott is a TV personality, Illusionist, movie producer, singer, and Entrepreneur. After completing his graduation, Jonathan along with his brother Drew decided to make a $250 down payment on a seven-bedroom property using a Vendor Take-back mortgage and cleaned and repaired the rooms. They then sold the house after a year making a $50,000 profit. Since then, they started to purchase and flip homes at large margins.

In 2010, Jonathan and his twin brother Drew started their show Scott Brothers Entertainment as a TV program in U.S. and Canada. later their show got a huge response from the audience that spawned several spinoffs.

Are Jonathan Scott And Zooey Still Together?

Jonathan Scott and Zooey Deschanel are dating each other since 2019. They met while picturization an episode of Carpool Karaoke in August 2019. Despite the fact it was the first meet of the duo, they just clicked instantly. His girlfriend Zooey is an artist and entrepreneur. The duo often shares pictures of them on their social media handles. Scott announced the news of their dating in an Interview with Hollywood life.

Discover: Did Casey Nezhoda From Storage Wars Have A Baby? Her Children Details! 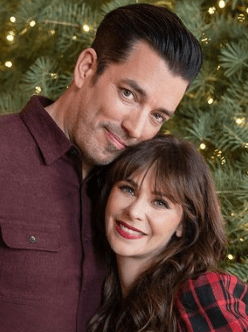 In 2016, Scott was in a relationship with Jacinta Kuznetsov, a Canadian radio producer. But the relationship did not last and they broke up in 2018. Long before that, Scott was engaged and married to his girlfriend Kelsy Ully in 2007. His ex-wife works as a WestJet crew. However, they got separated and divorced in 2010 because of their professional differences.

Likewise, prior to being in a relationship with Jonathan, Zooey was married to Jacob Pechenik, her husband of four years. But they split a few months before meeting Jonathan.

Does Jonathan Scott Have Kids?

Jonathan Scott does have any children; however, he has two small dogs named Gracie and Stewie whom he refers to as kids. In an interview, Jonathan talked about having kids before he reached the age of 45 and would adopt if he was not in a relationship.

There have been several engagement rumors about Jonathan and Zooey but they haven’t confirmed any of those rumors. So if they were to get married, Jonathan will become stepfather to Zooey’s kids; a daughter Elsie Otter and a baby boy Charlie.

How Much Is Jonathan Scott’s Net Worth?

How Tall Is Jonathan Scott?

Jonathan Scott has a towering height of 6 feet & 5 inches and weighs around 92kg at the age of 44. Jonathan’s physical appearance consists of dark brown hair and hazel-colored eyes.