The Hookup Plan (2018-2022) is only the second French series produced for Netflix after Marseille. It premiered its final season on January 1, 2022. The show is about a nearly 30-year-old female whose friends decide to hire a male escort to take her on a few dates. Julio, one of the escorts is played by Marc Ruchmann.

Marc Ruchmann a well-known name in the French entertainment industry is not only an actor but is also a director, and musician. He has been working in the industry now for nearly two decades. Apart from on-screen, his craft is diverse off-screen as well as he has worked as a director too and uses pseudonym Markus while performing as a singer and beatboxer.

Where Was Marc Ruchman Born?

Marc Ruchmann, born on the 27th of January 1981 in Les Lilas, Seine-Saint-Denis, France belongs to Alsatian Jewish and Pied-Noir-Italian descent. His parents seem to be from different backgrounds. As he doesn’t share family photos much on Instagram so, it is unclear if he has any brothers/sisters. He belongs to the Christian community but is multi faithful and celebrates different festivals. Marc’s zodiac sign is Aquarius and he holds French nationality.

What Are Marc Ruchman Educational Qualifications?

Marc started his schooling at a private school in Seine-Saint-Denis, France, and also completed higher education there. He learned his acting craft at the Conservatoire de Paris from 1998 to 2000. Then he attended Théâtre national de Chaillot.

When Did Marc Begin His Career?

Ruchmann debuted in 2004 with François Ozon’s ‘5x2’ playing a supporting role of Mathieu. In 2009 he could be then seen in the Arte French-Israeli mini-series, ‘Revivre’ which was about the founding of the State of Israel following the Holocaust. Ruchmann later became famous for acting alongside Hollywood superstars Angelina Jolie and Johnny Depp in 2010’s thriller film’ The Tourist’. 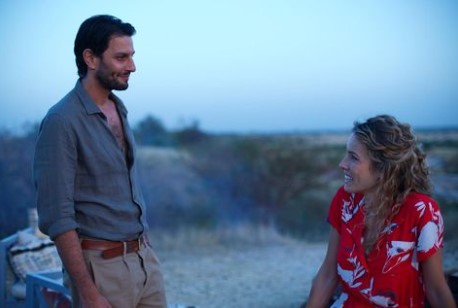 He played parts in many other films, and series before writing and directing his own short film titled ‘Who Am I After Your Exile in Me’ in 2015 which has a love story of an Israeli Jewish woman and a Palestinian Arab Muslim man, the theme of it also depicting his multifaith nature.

He then could be seen in the Netflix series, The Chalet in 2017 before starting and finishing The Hookup Plan alongside stars like Zita Hanrot, Sabrina Ouazani, Joséphine Draï, and Syrus Shahidi making Marc reach more wide audience. Since January 2022 he has been appearing in a mini-series titled ‘Manipulations’ where he plays the male lead.

Who Is Marc Ruchmann Wife? 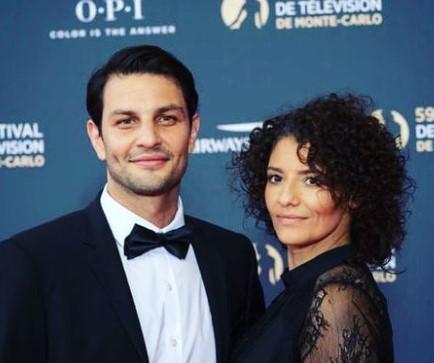 His wife Leïla Nsairi earned a master's degree in finance from Université Paris Dauphine - PSL and completed her second master's in Business Administration Management of organizational dynamics from the University of Paris I: Panthéon-Sorbonne.

Discover: Is 365 Days Actor Michele Morrone Married? Who Is His Current Wife?

Marc’s partner Leila supports Marc in his career and they are a very complementary duo. Leïla also appears in various events relating to films and series. They look like a power couple supporting each other on every step.

How Many Children Does Marc Ruchmann Have?

Marc Ruchman is a father of a child, a baby boy. While many media outlets are confused if Marc’s baby Ismaël stated in the wiki is a daughter, we didn’t find any trace of a daughter but instead found plenty of pictures with a baby boy. So, Ismaël is likely to be his son. 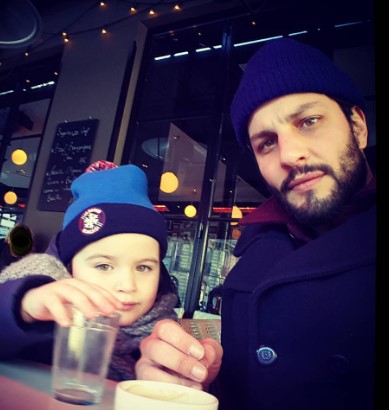 How Much Is Marc Ruchmann Net Worth?

Ruchmann’s income strictly looks to be from the creative field whether singing, acting, or as a director. Marc loves his profession and has been working for a while now. Considering his acting credits, Marc’s net worth is estimated to range between $1 million to $5 million. His additional sources of income besides his income from movies and tv shows are through brand endorsements. Moreover, Marc’s Instagram posts indicate that he lives a luxurious lifestyle and travels throughout the world.

How Tall Is Marc Ruchmann?

The 41-year-old actor-musician stands at the height of 6 feet (1.8 meters) his weight is 70 Kg (154 lbs). Marc Ruchmann has a kind of black hair, his chuck hazel eyes expand his beauty and desirability. Marc has a captivating smile complemented by dimples and a full beard on his face.