The entertainment industry has given us many award-winning phenomenal actors. As the year pass, we see new actors rise and give the audience a new reason to love Hollywood more and more. recent years have given us actors like Tom Holland, Timothee Chalamet, Zendaya, and many more. And along with the new artist, we can see the legends collaborate together to make phenomenal movies and TV series. Likewise, Olive Platt, one of the greatest actors of all time has joined the team of The Bear, an English drama show alongside Jeremy Allen White and Ebon Moss Bachrach.

Oliver James Platt is a Canadian-born American actor who is well-recognized for his role in numerous movies such as The Three Musketeers, Indecent Proposal, A Time to Kill, and many more.

Who Are Oliver Platt’s Parents?

On January 12, 1960, Oliver Platt was born to Sheila Platt and Nicholas Platt in Windsor, Ontario, Canada. He was born into an upper-class family, his father worked as a diplomat who has served as a US ambassador to Pakistan, Zambia, and the Philippines and his mother worked as a clinical social worker. Oliver is of English descent, his maternal great-grandparents were Arthur Scott Burden and Cynthia Roche, industrialists of the Burden family. He also is the third cousin of Prince William of Wales. Oliver grew up with his siblings: Adam Platt and Nicholas Platt. 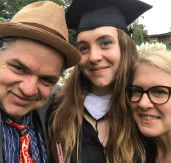 Because of his father’s profession, Oliver spent his childhood in Asia and Washington, D.C. He was sent to American School in Japan. He also joined a boarding school called Colorado Rocky Mountain School in Colorado and layer joined Tufts University and majored in Drama. During his college years, Oliver met his now-close friend Hank Azaria.

What Are Oliver Platt’s Career Peaks?

Oliver Platt began his acting career with Off-Broadway and regional theatre, appearing onstage in theatres like New York Shakespeare Festival, Lincoln Center Theater, and many other companies around the globe. Oliver rose to fame after appearing in the action-adventure movie called The Three Musketeers released in 1993, A Time to Kill released in 1996, and many more hit movies.

Oliver played the Pulitzer Prize-winning columnist named Wallace Benton in the TV drama show called Deadline alongside Bebe Neuwirth and Hope Davis. For his role in the TV show called Huff as Russell Tupper, Oliver was nominated for two Emmy Awards and a Golden Globe.

In August 2010, Oliver joined the cast of X-Men: First Class as The Man in Black released in 2011 directed by Matthew Vaughn. He also appeared on the American show called Chicago Med but left the show after season 4. Oliver has made a guest appearance in numerous shows including modern family and west wing.

Who Is Oliver Platt Married To?

Oliver Platt is a great husband and father to his three kids. He married his wife Camilla Campbell on 12 September 1992 and have been together since then for more than 29 years. His eldest daughter was born in 1995 named Lily Platt, the middle son named George Platt born in 1997, and the youngest daughter named Clare Platt born in 1999.

How Much Is Oliver Platt’s Net Worth?

As of the wiki, Oliver Platt has an estimated net worth of $6 million with acting in Movies and TV shows being his primary source of income. He has worked in many blockbuster movies that have contributed to his fame and income. Oliver is also active on social media and has 94.7k followers on Instagram and 40k followers on Twitter.

How Tall Is Oliver Platt?

Oliver Platt has a towering height of 6 feet 3 inches and weighs around 92 kg at the age of 63. He has maintained his health with an appropriate weight-loss diet. Oliver has black colored hair and brown colored eyes.