Josh Brueckner is an American professional Pro middleweight MMA fighter. His popular fighter nickname in the field of boxing is G. I. Josh. His Pro MMA record is 4-2-0 (Win-Loss-Draw). Among the 26 active Michigan Pro middleweights mixed martial arts fighters, he is ranked 9th. Moreover, Josh is also a professional boxing instructor and trainer.

Alongside boxing, Josh Brueckner is also a well-known social media personality from the popular couple vlog Jatie Vlogs on YouTube with 2.88 million subscribers. He runs this channel with his wife Katie Betzing.

Josh and his girlfriend turned wife first met at a boxing gym. At that time Josh was a pro-MMA fighter and while Katie was a Youtuber.

Josh was eagerly waiting for the perfect moment to propose to his girlfriend Katie Betzing so, he proposed to her on 10th November 2019 after winning his professional boxing debut against Tyler Smith. He filmed the entire proposal process and even uploaded it on their YouTube channel. 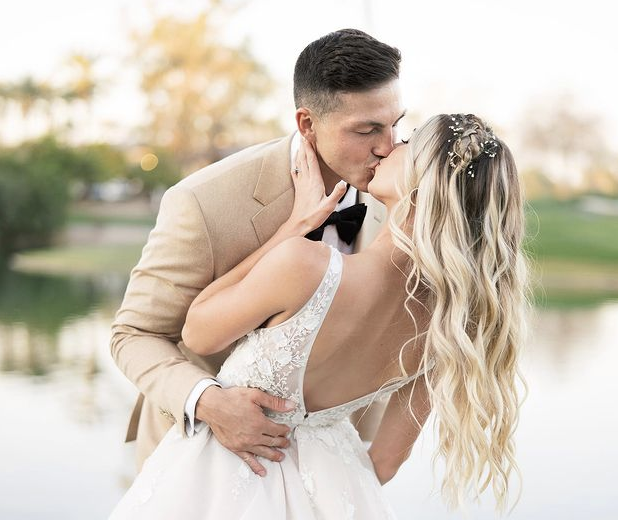 After dating for three years, Josh Brueckner and Katie Betzing got married on 06 March 2021 in Arizona. Their wedding video is also available on the couple’s YouTube channel which was shot by the D.P. weddings.

This beautiful couple traveled to the Maldives for their honeymoon after their wedding.

As of 2021, the couple doesn't have any children but they have adopted a dog together and named him Topper.

On May 15, 2020, Josh Brueckner posted a video titled, “JOSH CRASHED HIS DIRTBIKE! BROKEN LEG *PRANK*" where he pranked his girlfriend Katie B. and his friends by pretending his leg was broken.

On 28 December 2020, Katie’s Instagram story read “Pray that Josh didn’t break his both ankles! He just crashed a motorbike” while she wasn’t allowed to go to the hospital due to covid. This time Josh really had got into a dirt bike accident which left him in the hospital with a split chin and some injuries in his ankles. 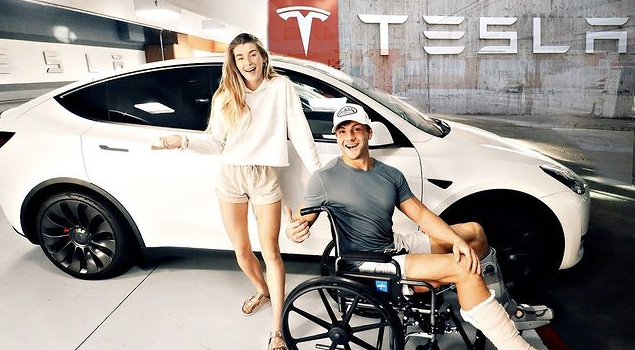 They had also uploaded a video in which it wasn't clear how he got into an accident but we can see his split chin with blood and also his screaming with pain. All thanks to the doctor and his supporters, now he is fine and can walk though but he was in a wheelchair for a few weeks. Josh seems to share a wonderful relationship with his family. His entire family celebrated his wedding together and was excited to unite with a beautiful family of Katie.

Recently on mother’s day, Josh uploaded his mother’s picture on his Instagram by captioning “Happy Mother’s Day mom! Love you

As of 2021, Josh Brueckner's age is 26. His birth name is Joshua Phillip Brueckner and his zodiac sign is Aries. He has a charming personality and a strong physique along with dark brown hair and hazel eyes. He stands tall with a height of 6 feet 1 inch (185 cm) and his weight is 183 Ibs.

Josh Brueckner earns the majority of his income through fighting, boxing, and youtube. He also has his own merchandise where he sells custom-made T-shirts and hoodies. Besides boxing and youtube, he is also popular on Instagram with 841k followers.

Josh Brueckner's net worth is estimated to be around $1.7 million. He earns a decent amount of money as a social media influencer and from fighting which helps him to live a lavish life with his wife.