Kaniehtiio Horn Husband | Who Is Her Baby Daddy?

Home > Entertainment > Kaniehtiio Horn Husband | Who Is Her Baby Daddy?

Kaniehtiio Alexandra Jessie Horn Batt known as Kaniehtiio Horn is a Canadian actor well-recognized for her appearance in the TV film Moccasin Flats: Redemption. Kaniehtiio was also nominated for the role in that movie with a Gemini Award. Her other famous work is in movies such as The Trotsky, Leslie, My Name Is Evil, and The Wild Hunt. She is also credited for her work in the horror show Hemlock Grove and the Canadian TV sitcom LetterKenny. Kaniehtiio is now starting in the movie called Alice, Darling alongside Ana Kendrick and Wunmi Mosaku.

Kaniehtiio is the daughter of a former model and a political activist named Kahn-Tineta Horn and to a German and Scottish lawyer father, George MIller. Her sister Waneek is co-captain of the Canadian women’s polo team. Her sister was on the cover page of the newspaper at the age of four when she was stabbed in the chest by a soldier during the standoff between the Mohawks and the Canadian Government. Kaniehtiio has a podcast called coffee with my ma, where she talks about the Mohawk’s rights with her mother.

Kaniehtiio Horn is not yet married, so she does not have a husband. However, she has been dating her partner Bradley LaRocque for a while. She was successfully able to hide her personal life from the media up until 2018, but in January 2019, she declared her dating life status. There have been rumors about them getting married, but Kainehtiio is yet to reveal her wedding plans. There are pictures of them together on her social media on special days like Father’s Day, birthdays, or valentine’s Day. 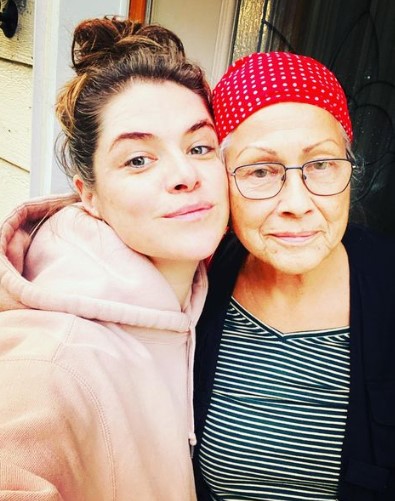 Who Is Her Baby Daddy?

It might come as no surprise to the fans who follow Kaniehttio on her Instagram that she is a mother of a son and the baby daddy is her longtime partner, Bradley LaRocque. In his Instagram bio, Brad LaRocque describes himself as an artist, writer, gardener, wanderer, and warrior nerd.

Her son was born on 23rd November 2020 and is two years old as of 2022. Likewise, on the 2nd birthday of her son, Kaniehtiio shared a video post of her baby boy enjoying everything he experiences with a sweet caption that read:

HAPPY 2nd BIRTHDAY! Quite possibly every single aspect of my life has felt like an uphill battle, except being your Ista. I feel like creation decided to give me a break when you chose me. It’s an honour to be your Ista, my boy. Having you dancing right along beside me as we navigate life has been the greatest gift. Happy 2nd birthday my love, you’re an absolute joy. 💙 Konnoronhkhwa.

Kaniehtiio often posts pictures and videos of her son and partner on her social media. Even though we can see photos of her partner, she has kept her life very private about her family and only shares the part she feels comfortable with. 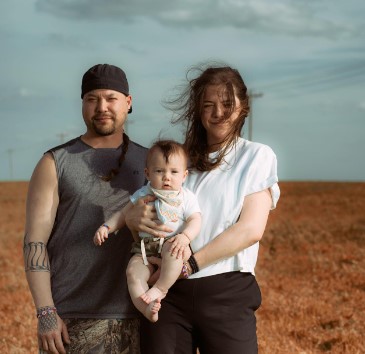 What Is Kaniehtiio Horn’s Net Worth?

Alice, Darling's star Kaniehtiio Horn has an estimated net worth of $1 million, with her major source of income acting in Movies and TV shows. Many of her movies have been box-office successes, including The Hummingbird Project. She has also voiced characters in video games such as Assassin’s Creed 3rd as Kanuehtiio and Defiance as Rynn.