Nick Robinson is an American actor who is best known for portraying the role of a high school student Ryder Scanlon on ABC Family sitcom Melissa & Joey. His other notable performances can be seen in “Everything, Everything”, “Love Simon”, “Silk Road” and “The Teacher”.

His recent performance as an alcoholic boyfriend of Alex (Played by Margaret Qualley) in Netflix’s miniseries “Maid” which is based on Stephanie Land’s 2019 memoir Maid: Hard Work, Low Pay, and a Mother’s Will to Survive was also liked by many.

Although American actor Nick Robinson has maintained his privacy when it comes to his love life yet we have figured out that Nick Robinson is not single. Back in November 2020, during an interview with InStyle magazine, Nick Robinson did mention his girlfriend when he was asked by the interviewer to tell his favorite joke, Nick told the joke that his girlfriend had told.

Similarly again in November 2020 during an interview with Variety, Nick revealed being tested COVID positive in March in New York along with his girlfriend. 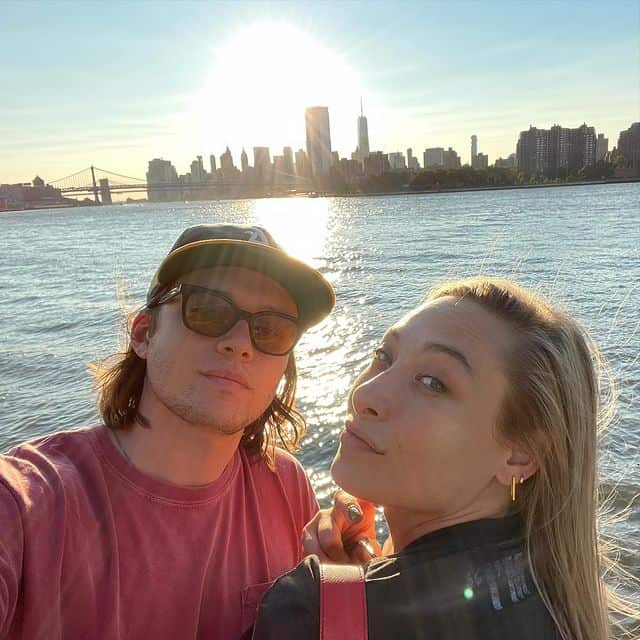 As we dig further, Nick’s mystery girlfriend is singer Samantha Urbani. While Nick is extremely low key about his personal life, his girlfriend Samantha often provides a glimpse of their time together.

Back on 10 November 2020, Samantha posted a picture of herself showing Nick’s A teacher billboard and her caption read

Furthermore, Samantha also wished Nick on his birthday and the duo is often seen spending a great time together. 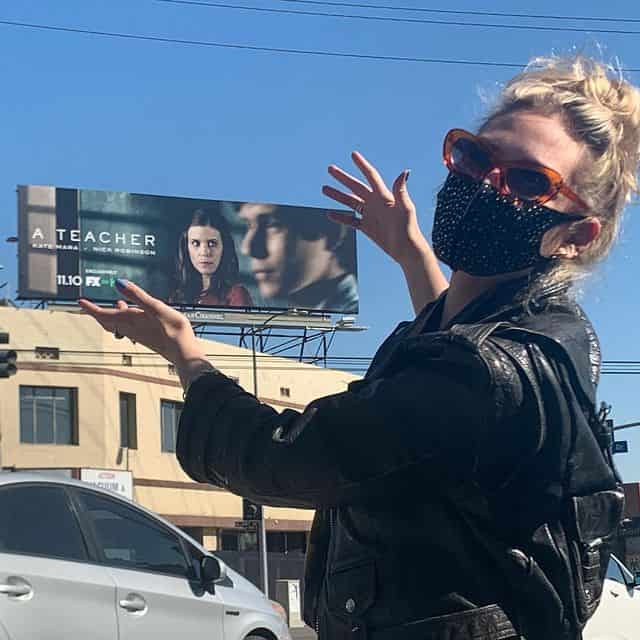 Previously Nick Robinson has been linked with Melissa & Joey co-star Taylor Spreitler and 5th Wave co-star Chloë Grace Moretz but their relationship has never been confirmed by either of the parties.

See Further: Is Raymond Ablack Married Or Dating? His Family, Parents, Net Worth

Nick debuted at the age of 11 in a stage adaptation of Charles Dickens's novel A Christmas Carol.

He began gaining fame and recognition after he was cast as Ryder Scanlon in the ABC Family sitcom Melissa & Joey in 2010.

In the meantime, Nick got his break in 2012 after he starred in Disney’s teen comedy-drama film “Frenemies” as Jake Logan.

Gradually following year, in 2013 he was cast as Joe Toy in the movie “The Kings of Summer” and soon made a successful career in Hollywood with appearances in several hit movies and series.

He has performed in movies like “Jurassic World”, “Being Charlie”, “The 5th Wave”, “Kong: Skull Island”, “Everything, Everything”, “Krystal”, “Love, Simon, “Native Son”, “Strange but True”, “Shadow in The Cloud”, and “Silk Road”.

Other notable performances of Nick Robinson can be seen in the series such as “Boardwalk Empire”, “Love, Victor”, “A Teacher” and “Maid”.

Inclining the height of success as an American actor, Nick Robinson accumulates a net worth of about $3 million as of now.

Nick Robinson was born on 22 March 1995 in Seattle, Washington and his birth name is Nicholas John Robinson. He was born as the eldest son of father Michael Robinson and his mother Denise Rodar.

Nick has 7 siblings including him. He is the eldest among the 4 siblings from his parents and additionally, he also has 2 older step-siblings from his father’s former marriage. One of the brothers came out as gay around the same time he started filming Love Simon

Nick went to Campbell Hall School and later attended the New York University Gallatin School of Individualized Studies but he deferred his first year to work on the second season of Melissa & Joey.