The Quote ‘The best acting is Instinctive. It’s not intellectual, it’s not mechanical, it’s instinctive’ is a perfect saying for today going to be discussed actress named Sienna Miller. Sienna has seen many obstacles in her career because of her choices and her instinctive moves but those things never demotivated her instead did the opposite. Sienna has now emerged stronger and stands by her choices.

Sienna Rosie Diana Miller known as Sienna Miller is an American-British actress well known for her work in 2004 released British crime movie called Layer Cake along with Daniel Craig, which was directed by Matthew Vaughn, and in the rom-com drama movie called Alfie along with Jude Law in 2004.

Who Are Sienna Miller’s Parents?

On December 28, 1981, Sienna Miller was born as a Capricorn to Edwin Miller and Josephine Miller in New York, USA. Her father, Edwin worked as an Investment Banker and her mother Josephine was a former model and manager at Lee Strasberg Institute. As for her siblings, Sienna has an older sister named Savannah Miller who is a Fashion designer and has half-brothers named Stephen Miller and Charles Miller, and a step-sister named Natasha Corrett, who is a Chef, Author, and Entrepreneur. 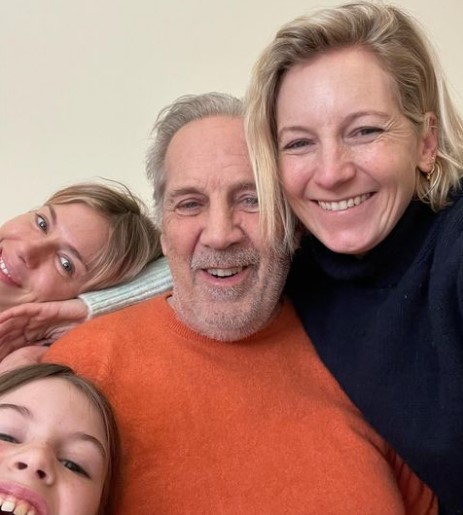 Sienna went to Heathfield School, a boarding school where she discovered her interest in acting and modeling. Later, Sienna enrolled at Lee Strasberg Theatre and Film Institute in New York and graduated in 2001. 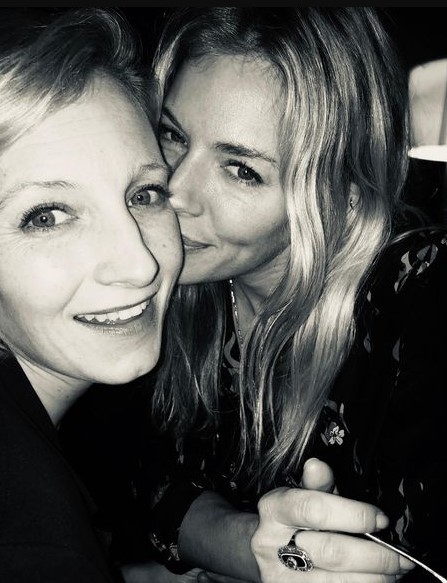 What Are The Career Peaks Of Sienna Miller?

Sienna debuted her professional career with the Italian-comedy movie called South Kensington in 2001 along with Rupert Everett and Elle Macpherson. Sienna Miller is best known for her role in the comedy-drama English movie called Alfie released in 2004. Where Sienna portrayed the role of the girlfriend of the main character played by Jude Law. In 2005, Sienna played the role of a writer of illicit books and the love interest of Giacomo Casanova in the movie called Casanova.

Whom Is Sienna Miller Married To?

Sienna Miller is not married to anyone yet, she does not have a husband but has been engaged many times. Sienna was rumored of dating Oil Green in February after being seen on a date in New York. They even appeared on the red carpet together at the vanity fair Oscar party in march. Sienna was recently engaged to Lucas Zwirner in 2019 but they did not get the chance to set a wedding date and spilt in 2022.

Sienna was also engaged to Jude Law, an English actor and her partner. They met when shooting for the comedy, drama movie called Alfie released in 2004. The relationship did not last as Jude was found guilty of cheating on sienna with his children’s nanny, for which he made a public apology. Sienna and Jude split in November 2006 but in 2009, it was rumored that both have again started dating each other which ultimately ended up when they publicized their departure again in February 2011.

In 2011, Sienna met actor Tom Sturridge and started dating, was engaged at the end of 2011. The couple has children together, a year later Sienna gave birth to their daughter named Marlowe Ottoline Layng Sturridge. Unfortunately, this relationship also did not last long and they separated in July 2015.

Sienna has quite a dating history and was rumored of getting close to Brad Pitt in 2017, which was not confirmed by any one of them. Sienna was also linked with Bennett Miller, film director in 2016. Sienna was rumored of dating James Purefoy at the beginning of 2011. Sienna was in a relationship with Daniel Craig when she found out about Jude Law cheating on her. Sienna has dated Jamie Dornan, Mark Hildebrandt, Orlando Bloom, Hayden Christensen, and James franco.

What Is Sienna Miller’s Net Worth?

As of the wiki 2022, Sienna Miller has an estimated Net Worth of $20 million her major source of income is acting in movies and tv shows and modeling. Sienna has also endorsed brands such as Pepe Jeans and appeared in tv commercials for brands such as Lifestyle Sports “Keepy up” (2002), Cinderella (2001), Hugo Boss fragrance – Boss Orange (2009), Burberry, Coca-Cola, and others.

Sienna was compensated £100,000 by News of the world in May 2011 for hacking her phone. Sienna is managed and represented by United Agents Ltd, UK, and The Schiff Company LLC, USA. Sienna is available on social media, only has posted a single photo, and has 1.2 million followers on her Instagram account. Sienna is a private person and tries to stay away from social media and prefers it that way, even her daughter is not allowed to use social media.

How Tall Is Sienna Miller?

Sienna Miller is a beautiful woman, who has a height of 5 feet and 5 inches and weighs 54 kg at the age of 43. Sienna has blonde hair and grey eyes with a great personality. Sienna follows a daily workout routine given to her by her personal trainer named Efua Baker.