American professional Latin and ballroom dancer Lindsay Arnold is best known for being a contestant on “So You Think You Can Dance'' and also as a choreographer of the show “Dancing With The Stars”.

The DWTS choreographer is having a great time with her boyfriend-turned-husband and is now a mother of a daughter.

Scroll through to have an insight into her relationship, married life, early life, family, and earnings.

Lindsay Arnold tied the knot with her longtime boyfriend Samuel Lightner Cusick on 18th June 2015. Lindsay was in love with Sam since the age of 16 and their love life kept flourishing.

By the age of 21, the duo tied the knot in a private Mormon ceremony at the Salt Lake Temple in Lindsay’s hometown of Salt Lake City, Utah. Around 150 guests attended the formal sit-down dinner which was conducted after the Mormon wedding ceremony and a traditional ring ceremony at the majestic Sleepy Ridge in Orem, Utah. Their wedding theme was “romantic vintage chic”. During their romantic summer reception which was rounded by lighting sparkles, the bride’s youngest sister surprised the newlyweds with a choreographed dance routine.

High school sweethearts Lindsay and Sam got engaged back on 9th December 2014 while the couple was vacationing in Africa.

Almost after 5 years of their married life, Lindsay and her husband were blessed with a baby girl. They welcomed their daughter Sage Jill Cusick on 2nd November 2020. Lindsay delivered her daughter via C-section and the little one was born a week before her due date. Furthermore, her husband Samuel is an entrepreneur and the owner of FlyNyx which designs and operates e-commerce websites for small businesses. 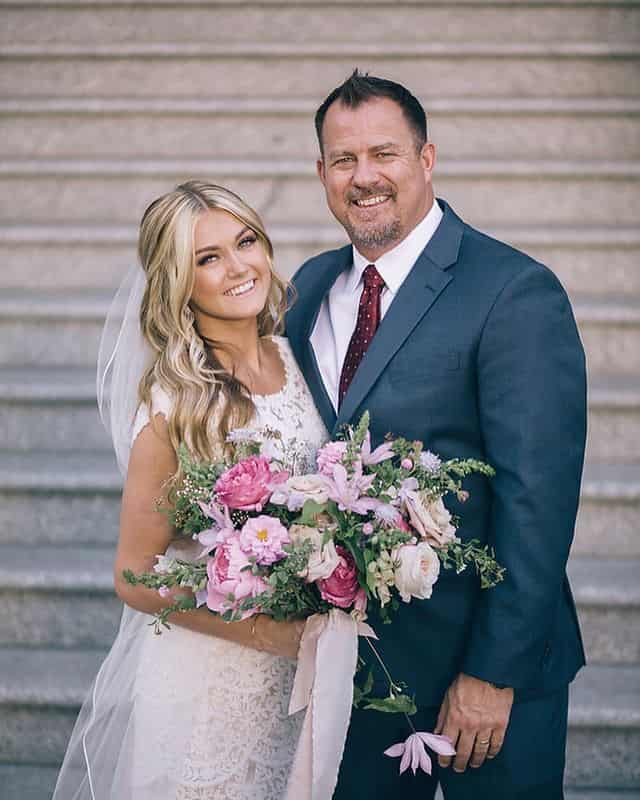 Her birth name is Lindsay Arnold Cusick and she is the oldest of 4 siblings. Lindsay has 3 younger sisters, namely Jensen, Brynley, and Rylee. The sisters have a joint YouTube account named “The Arnold Sisters” where they vlog and document their day in life. 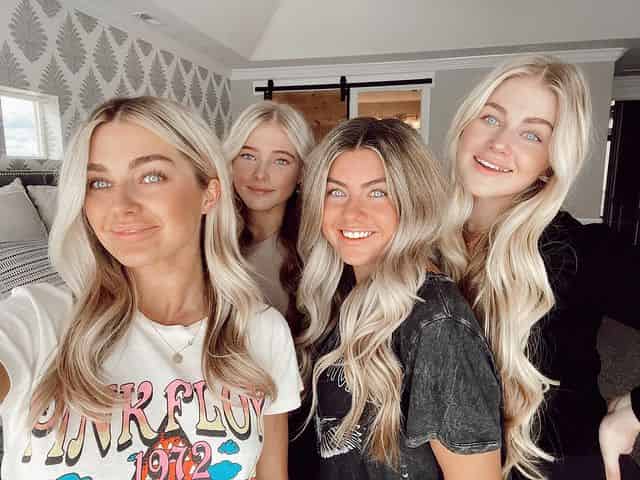 Lindsay holds American nationality and comprises British-Germanic ethnicity. She celebrates her birthday on 11th January so her zodiac sign is Capricorn.

Furthermore, Lindsay is very close to her family and she loves hiking fishing, and boating in her spare time.

Lindsay Arnold began dancing from a young age and at the age of 18 she auditioned for the show “So You Think You Can Dance season 9”. She continued her journey in the competition as a top-eight contestant and she was then eliminated on 29 August 2012.

She was rising in fame and soon became a professional dancer on the reality show “Dancing With The Stars season 16”. She was paired with professional boxer Victor Ortiz and they finished in 8th place.

As per wiki, Lindsay again returned in season 17 of the show as a dance troupe member and continued until season 20. In season 21, Lindsay was promoted again to a professional partner and was partnered with National Guard member Alek Skarlatos. The pair secured third place in the finals of the season.

Related: Jordan Fisher Wiki: Know About his Married Life With Wife & Net Worth

She was then paired with NFL player DeMarcus Ware in the 27th season and they secured 7th position. Lindsay and her season 28th partner Sean Spicer, who is a former White House press secretary, secured sixth place in the show.

As of now, Lindsay is paired with The Bachelor star, businessman and former football player Matt James in the Dancing With The Stars season 30.

As a choreographer and YouTuber, some speculate Lindsay’s net worth to be around $720 thousand while others estimate it to range in millions.