If you've watched the ABC television series The Middle, then you must be familiar with the actor who portrayed Sean Donahue. The series tells the fictional story of a middle-class family dealing with the daily problems of home life, job, and raising kids, and the character of Sean was portrayed by actor Beau Wirick.

Beau Wirick is a rising American actor who is famous for playing Evan in the 2001 TV series Raising Dad. He started his career in the film industry from the year 2001.

When Was Beau Wirick Born?

Beau Wirick was born on April 30, 1986, in California, USA in a respected family. He belongs to the American nationality and is of a Caucasian ethnic background. According to astrologers, his zodiac sign is Taurus. He is a believer in the Christian religion. His age as of 2022 is 36 years old. Beau has not provided any information to the public regarding his parents' names, his brother's and sister’s names, his childhood, and other family information. He is very close to his grandmother whose name is Helen and loves her dearly. His grandmom also severed in the Navy during the WW-II. 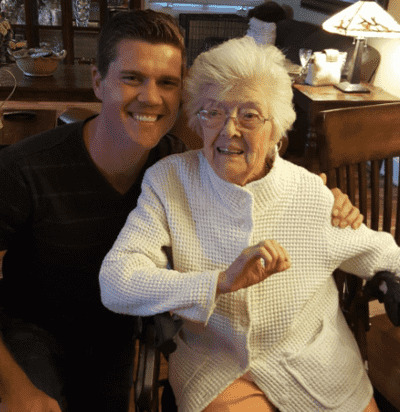 While talking about his educational background, he completed his bachelor’s degree at the University of Southern California and received his undergraduate degree in business administration.

When Did Beau Wirick Start His Career?

Beau Wirick started his career as an actor in the year 2001. His first debut Tv series was Judging Amy released in 2001 in which he played the role of Dwight. In the same year that is 2001, he appeared in another TV series called Raising Dad in which he portrayed the lead role as Evan. According to his IMDB profile, he has played in nineteen movies and Tv shows and produced one short movie in his career. Other Tv series in which he was featured include The Bernie Mac Show, 7th Heaven, Jack & Bobby, The Office, The Walking Tedd, We're Not Friends, etc.

However, according to the wiki, he gained recognition after he appeared in the 2009 Tv series called The Middle in which he was featured in a total of 61 episodes out of 215 episodes. The Middle is a TV series that depicts the lifestyle and struggles of a middle-class family. The first episode of the series was released on September 30, 2009, while the last episode was aired on May 22, 2018. In the series, Beau portrayed Sean Donahue who is a neighbor of the Heck family.

Moreover, Beau is also involved with a non-profit organization called World Vision which aids, helps, develops, and advocates for children and their families worldwide. Similarly, he is also an Independent Financial Advisor in Southwestern Investment Group.

Who Is Beau Wirick Married To?

Beau Wirick isn’t single. He is the husband of Daniela Bobadilla. Daniela is a Canadian actress who has appeared in several TV shows and movies including Supernatural, Desperate Housewives, Lie To Me with Tim Roth, Anger Management, Modern Family, National Singing Day, etc. Beau met Daniela for the first time on the show The Middle. Beau was there in the show from season one while Daniel joined the cast after two years. 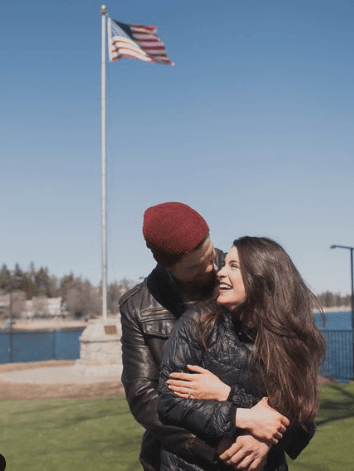 Daniela and Beau met face-to-face for the first time in the scene where Aden Sher introduces their characters to one another. They fell in love and then started dating each other. And on May 29, 2018, the couple exchanged wedding rings and officially become husband and wife. Although it has been four years of their marriage, the pair hasn’t yet given birth to children and is planning to have one soon.

The duo has even uploaded the video on Daniela's YouTube channel explaining how they met and fell in love on ABC's The Middle. The YouTube video has been divided into 2 parts and is the only video that his partner has on her YouTube channel.

What Is The Networth Of Beau Wirick?

Beau Wirick has been working in the entertainment industry for more than 20 years and has shown his exceptional skills and talents through his character in different genres of Tv series and movies. According to idolnetworth, his net worth as of 2022 is estimated to be $1.2 million. Similarly, he has 15.7k followers on his Instagram account and 10.9k followers on his Twitter account. As of now, he is living happily with his wife in California.

What Is The Height Of Nick Beau Wirick?

Beau Wirick is a handsome actor who stands tall at the height of 6 feet which is 182 cm. He weighs about 80kg. He has short brown hair and a pair of stunning blue eyes. He also has a golden beard that has added a special charm to his physical appearance.