Josh Brolin aka Josh James Brolin is one of the most popular American actors who is active in the Hollywood film industry since 1985. Josh Brolin has made appearances in more than 50 movies and tv series. He began his acting career with the film The Goonies.

He married Kathryn Boyd Brolin in 2016. Despite their huge get gap, the pair is relishing a wonderful relationship, and they are parents to two kids, both daughters

What Is The Age Of Josh Brolin?

Josh Brolin was born on February 12, 1968, in Santa Monica, California. Josh's age as of 2022 is 54 years old and his sun sign is Aquarius. He holds American nationality and follows the Christian religion. His father, James Brolin was an actor, and his mother, Jane Cameron Agee was a wildlife activist.

When he was 16 yeast old, his parents parted ways. After that, he lived with his father. His father married actress Barbra Streisand in 1998 and is now living happily with her. His mom Jane passed away in a car accident on the same day as his 27th birthday in 1995.

While talking about his educational background, he attended Templeton High School and Santa Barbara High School and completed his higher education. Despite the fact that his father was also an actor, he didn't really get into acting because of his father's career. He used to take acting classes in high school, which influenced his decision to pursue acting as a career.

When Did Josh Brolin Begin Her Career?

Josh Brolin got interested in an acting career when he was in high school.  He made his acting debut in 1985 with the movie The Goonies, where he played the small role of Brand. That movie was directed by Richard Donner and was a hit movie that made over $60 Million. After that, he gained confidence in acting. He accepted every film offer he received and appeared in two or more movies yearly.

Similarly, his career took off after he starred in the TV series The Young Riders as  James Butler Hickok. That show started in 1989 and ended in 1992. And in 2007, he appeared in five different movies- American Gangster as Detective Trupo, In the Valley of Elah as Chef Buckwald, No Country for Old Men as Llewelyn Moss, Planet Terror as Dr. William Block, and Grindhouse.

He also appeared in the 2021 film Dune as Gurney Halleck. However, his character’s faith is left unclear and just disappeared in Dune part 1. According to the wiki, it has been officially announced that Josh Brolin will return as Gurney Halleck in Dune 2, and filming has already begun.

Who Is The Wife Of Josh Brolin?

The current wife of Josh Brolin is Kathryn Boyd Brolin. She is a model by profession and is an ambassador for Leica Camera USA. The couple started dating in 2013 and finally tied the knot in 2016 with the blessing of their family members. Josh is  20 years older than Kathryn. Josh and his wife are blessed with two children. They welcomed their first child on November 4, 2018, and her name is Westlyn Reign Brolin. Their second daughter Chapel Grace Brolin was born on December 25, 2020. 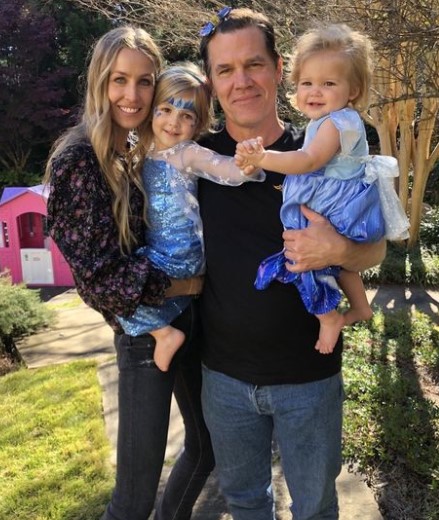 However, Moving on to his past relationship, Josh has walked down the aisle with two other women before his marriage to Kathryn. His first wife is Deborah Adair. They were together from 1988 to 1994 and shared two children together named Trevor Brolin and Eden Brolin. After his first divorce, he again married Diane Liane in 2004.

While in a relationship with Diane, he was accused of hitting her and was arrested, which later proved to be a misunderstanding between the couple. After nine years of their marriage, Diane and Josh separated and divorced in 2013. As of now, he is happy with his current wife Kathryn, and is spending good times together with their children. 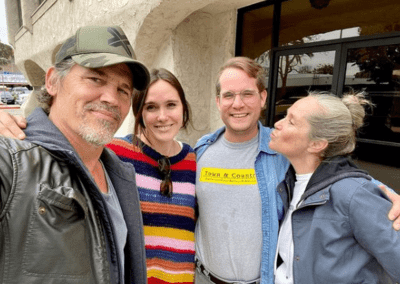 What Is The Networth Of Josh Brolin?

American actor Josh Brolin has a net worth of $45 Million. Josh Brolin earns money by acting in Hollywood movies, Tv series, and shows. He began acting in 1985 and is currently regarded as one of Hollywood's top actors.

What Is The Height Of Josh Brolin?

Josh’s height is 5 feet 10 inches or 179 cm, and his body weight is 80 kg. His eye color is hazel, and he has dark brown hair. Since he is an actor, he has maintained his body shape and is capable of winning the hearts of many women.