Home > Entertainment > How Many Siblings Does Aaron Judge Have? Insight Into his Family!

Aaron Judge whose real name is Aaron James Judge is a famous and professional American baseball player for the New York Yankees of the Major League Baseball as an outfielder. Aaron was selected by the Yankees as the 32nd pick in the final draft of the 2013 MLB draft. Aaron started his baseball journey at a young age.

Aaron is a record maker; he made the most strikeouts as a rookie and is the fastest to reach 60 home runs.  Aaron has numerous milestones; he is the first right-handed hitter in the Yankee’s history with 100 RBIs and 100 runs scored in a single season.

Does Aaron Judge Have Any Siblings?

Aaron Judge has an adopted older brother named John Judge. Even though the brothers are not biologically related they are close to each other as best friends. There is no detailed information about him. Aaron and his brother went to school together, John is proud of the life Aaron has made for him.

Who Are Aaron Judge’s Parents?

Aaron Judge is an adopted child. He proves that to be a family there is no need to have direct relation of blood its all about love and acceptance. Aaron was adopted when he was only a day old by two kind white couples; Wayne Judge and Patty Judge. Aaron’s birth parents did not want him so Wayne and Patty adopted him the next day he was born from the hospital. 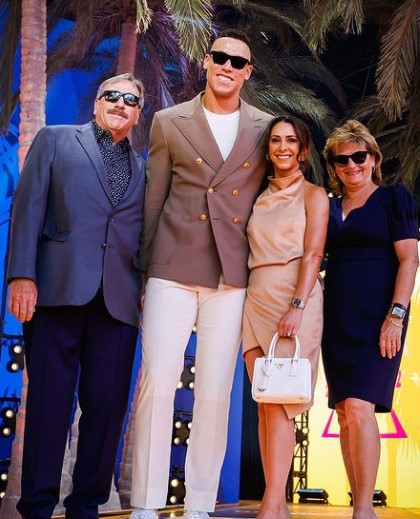 They have been a great guardian and parent to Aaron since day one. He is very thankful for their support and says they are the reason today Aaron has become so successful. Aaron shares a special bond with his mother Patty, she has taught her everything he knows today with her correct guidance and support whenever needed. 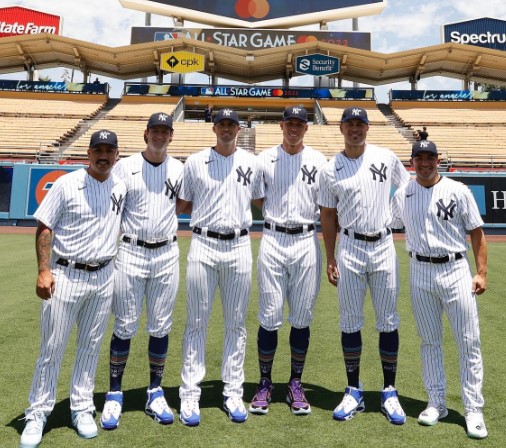 Wayne and Patty worked as a teacher in Linden, California, and now are retired. Aaron only realized he was adopted when he was 10-11 years old. He used to think he was different from his family and did not look like them. As a child, Aaron showed interest in baseball and had the physique and motivation for the game to become a professional player. Aaron was a fan of Giant Rich Aurilia of the San Francisco Giants and sometimes mimics his hero when playing on the field.